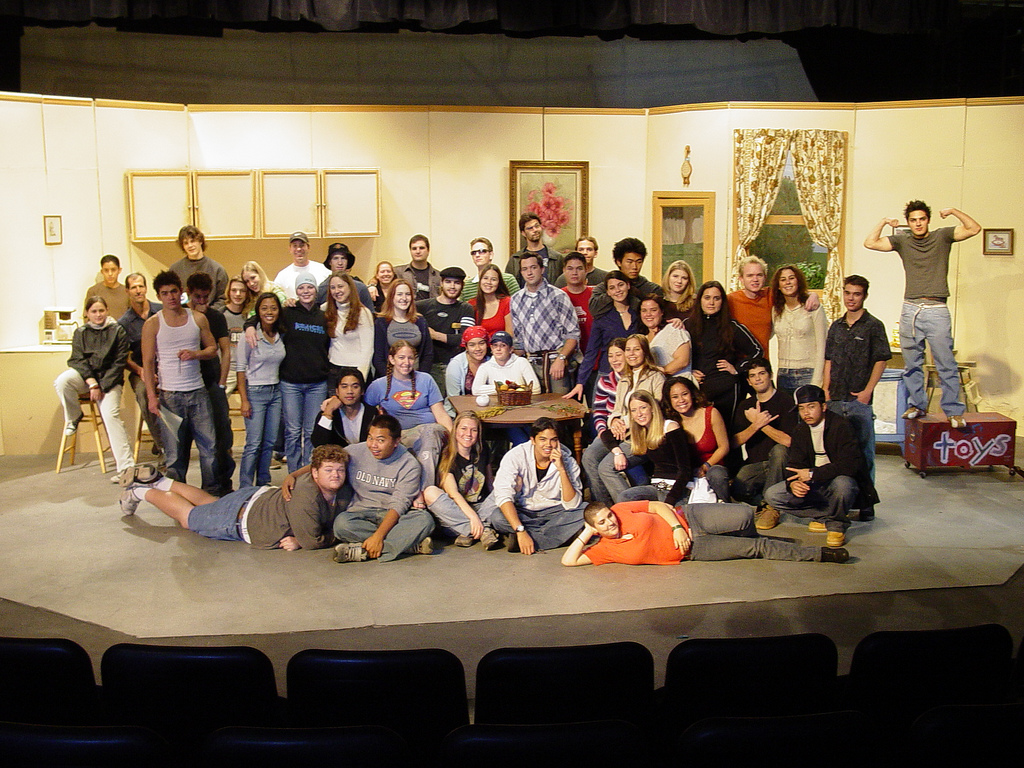 MCTC of the Mesa College Theatre Company is an amazing theatre program down in San Diego that I was lucky enough to go through. It's a two year program run through a junior college, and no matter what your focus is you get the basic skills to do everything in a theatre. They put on two shows a year, nearly 100% run by students (teachers direct most of the shows), and while you're putting shows on you go back forth taking acting and production courses.

In my two years, I was on the costume crew, light crew, set crew, prop master, actor, director, and image designer (for my last show with the company we did a multimedia documentary style play about the Cedar Fire from 2003, I was in charge of finding and licensing pictures and video shown during the show). In just two years! It goes without saying that I bonded tremendously with the folks that I went through the program with, that's how us theatre people roll in case you didn't know… But beyond gaining friends, I got a powerful background in theatre. I probably can't walk into a theatre and fix lights for anyone, but I have some basics down. I know how to run a board, I can sew, and I know how to operate a drill. And, on top of all of that, we also read a play a week.

MCTC is run by a woman named Kris Clark. She runs the production side of things and asks as a walking theatrical how-to guide. She has been a mentor to me through the years and I was one of the first people that I sent my first play (The Fantasy Club) to.

If you're looking to get into theatre and think you need some training before you jump in, find a program like this. Even if you just want to act, or you just want to direct… Knowing more about what everyone is doing just makes you a more helpful piece to anyone's theatre puzzle… And if you want to be in theatre, being a helpful person is half the battle.

Here are some hilarious pictures of my time at MCTC:

We did Wild Oats, here I am about to get run over by a train: 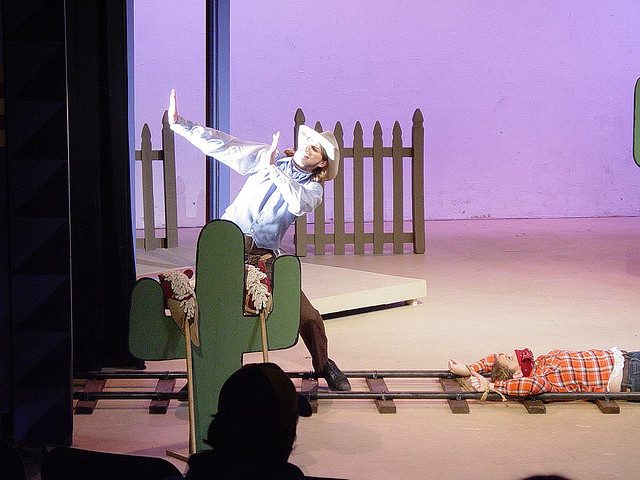 And here in strange underwear: 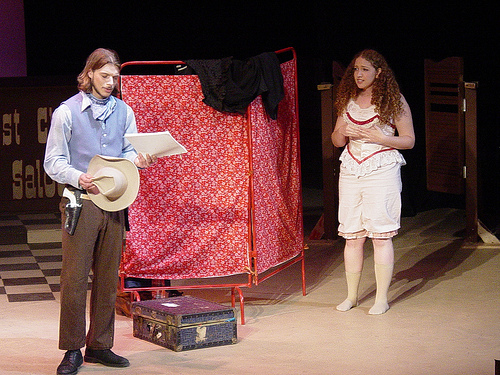 I was one of three directors for the student directed one acts: 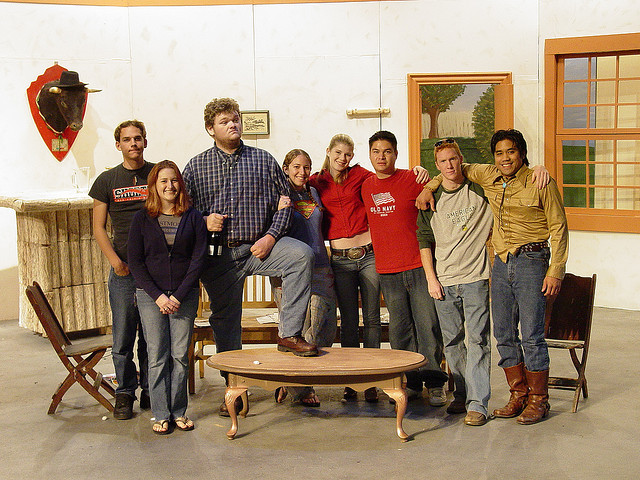 Cast and crew of the one act I directed! It's A Marriage Proposal by Chekhov.

And more pictures from that show: 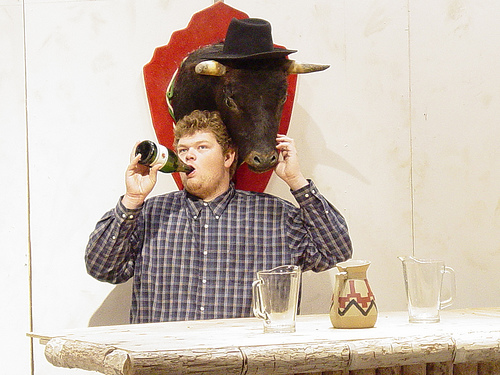 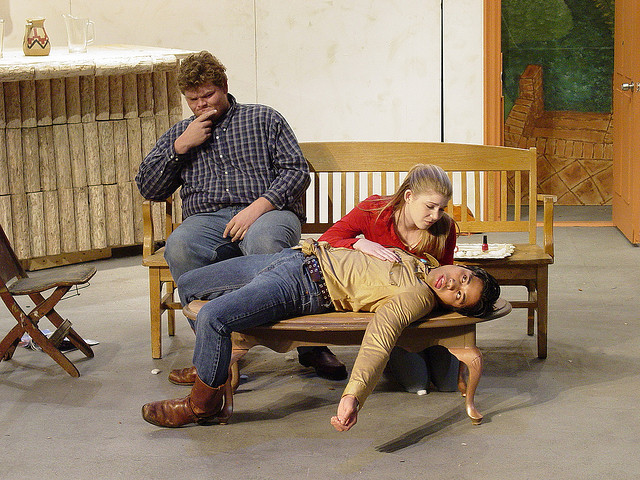 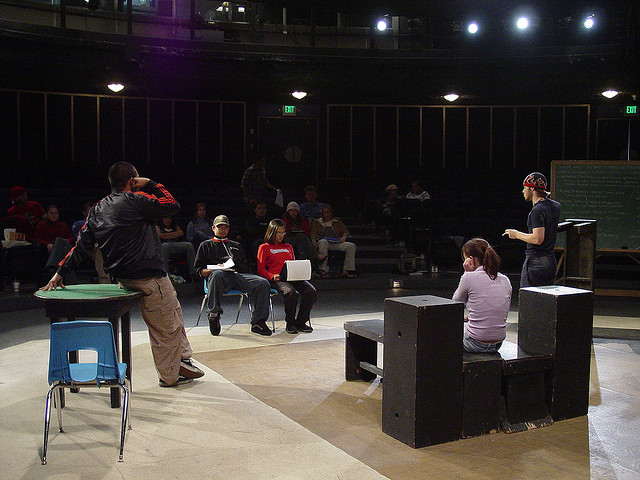 Rehearsing for the student directed one acts. 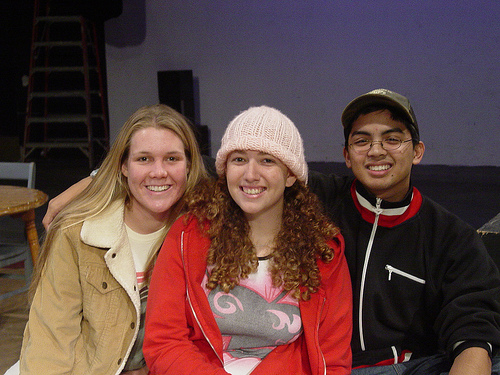 All of the directors, and some of my bestest friends… Jessi Reed, me in the middle, and Timothy Bundalian.