CHEERLEADERS VS ALIENS Recap And Pictures!

I have a new draft of CHEERLEADERS VS ALIENS, which I plan to send out to all my friends teaching high school and college theater soon, but first I want to thank the Egyptian Youtheatre, my co-teachers, Alicia Washington, my director, and Megan Crivello, my dramaturg/design expert, and of course the kick-butt kids that gave up five days of their summer to develop a new play. We had a blast! And we got soooooooooooo much work done!

We did a fun-ton of table reads, talked through confusing/boring/hilarious/wonderful parts of the script, survived the tedious task of daily script changes, and got parts of the play up on its feet by dividing the kids into groups and having them put together a scene from the play, and with Alicia bringing us outside and putting together a rough block of the big battle scene. Before the workshop I was a little worried about how we'd pack in six hours worth of activity each day, and it turns out we could have used even more time. There was SO much to do, and everyone really brought their A game to help get this script in better shape. And hey! It WORKED! The script is so much less confusing and now when my stage directions say: “More fighting. So much fighting. Lasers. Smoke. It’s a heated battle.” I know that a good director can dig into that and create an amazing battle scene, and that maybe I don't need to (and shouldn't) prescribe every single detail for that scene to work. All of this to say, if you ever have a chance to develop a new play with a group of teens, get on it. They're super awesome. 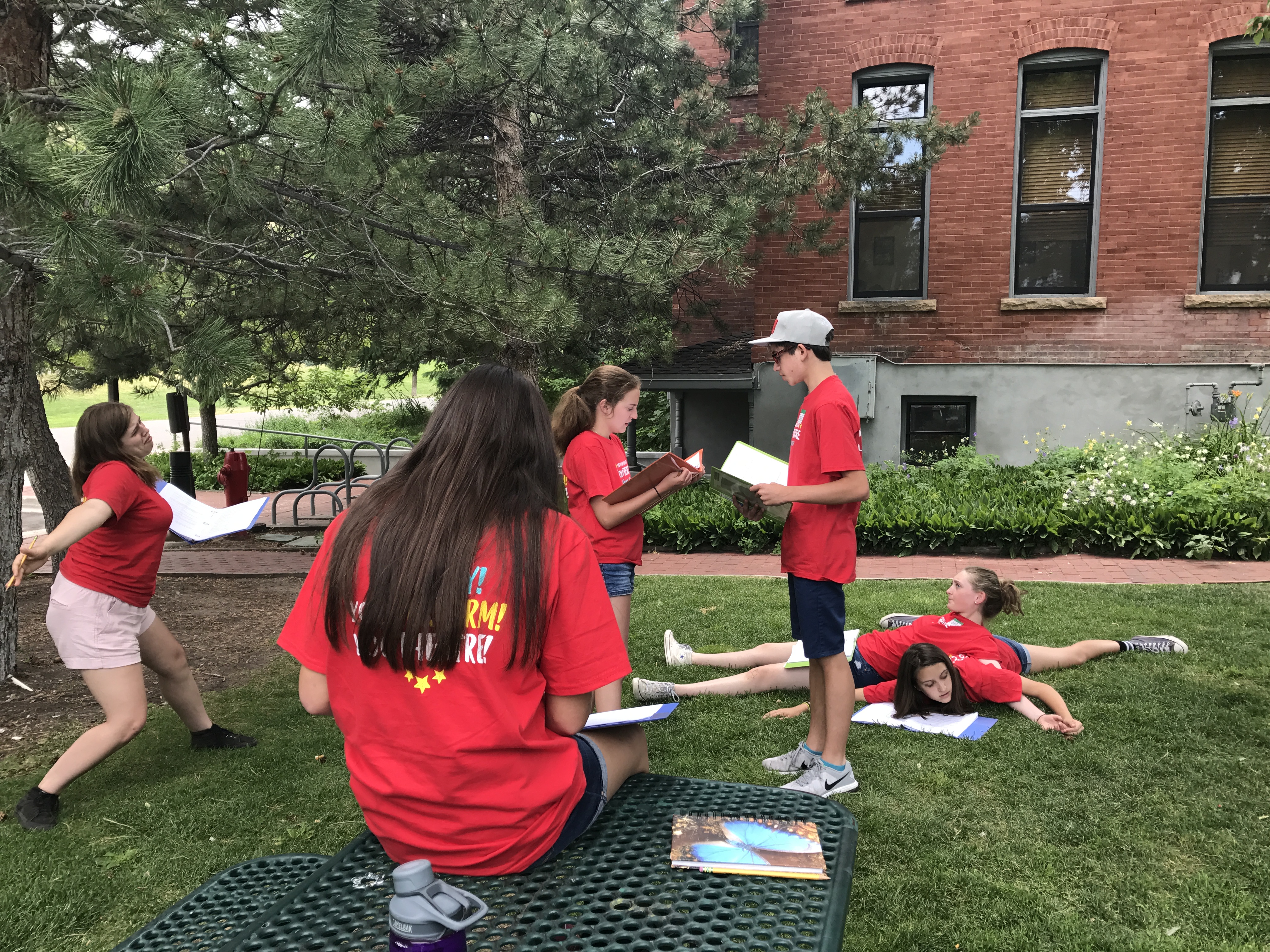 One group of students rehearsing their scene. 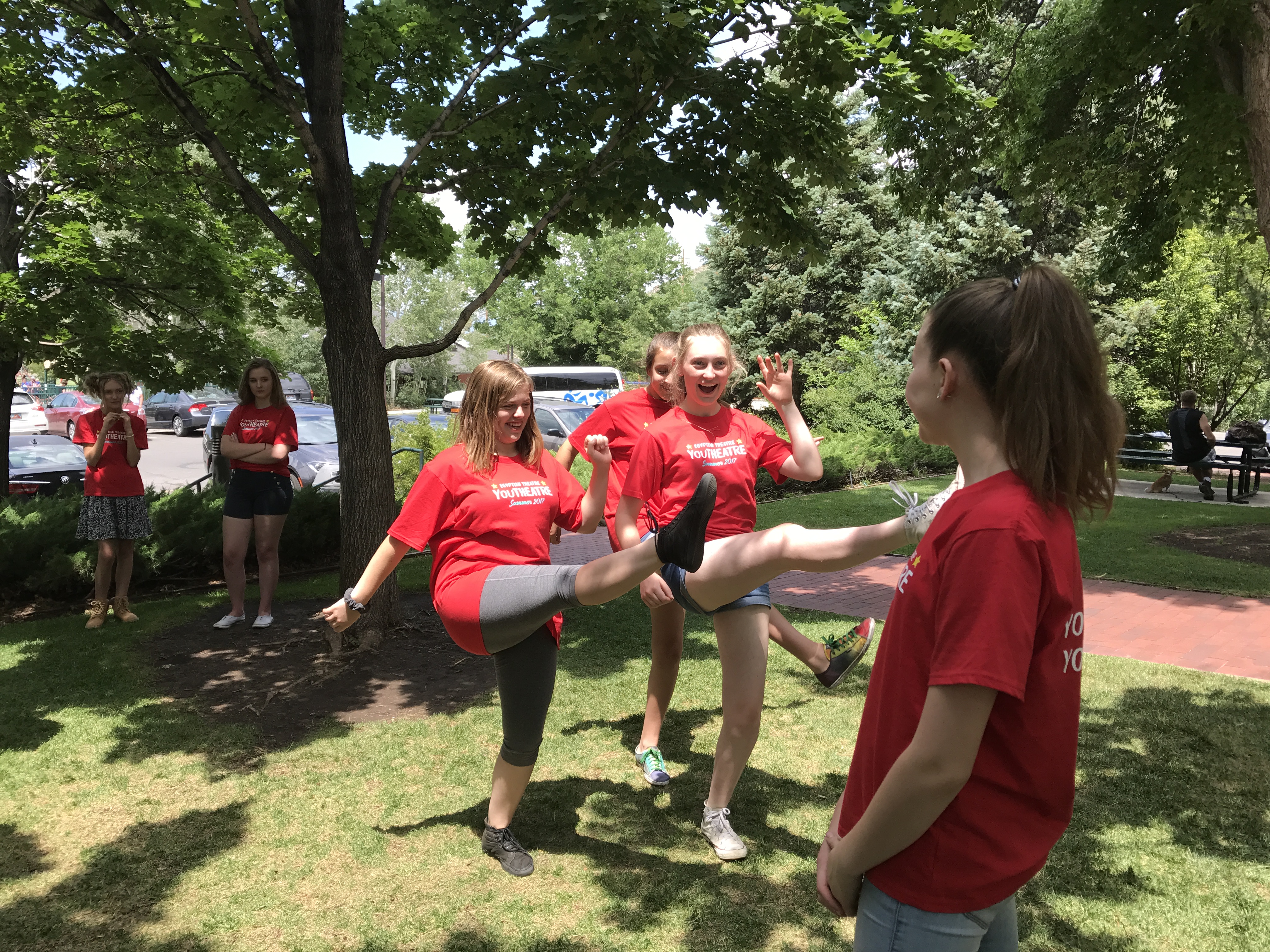 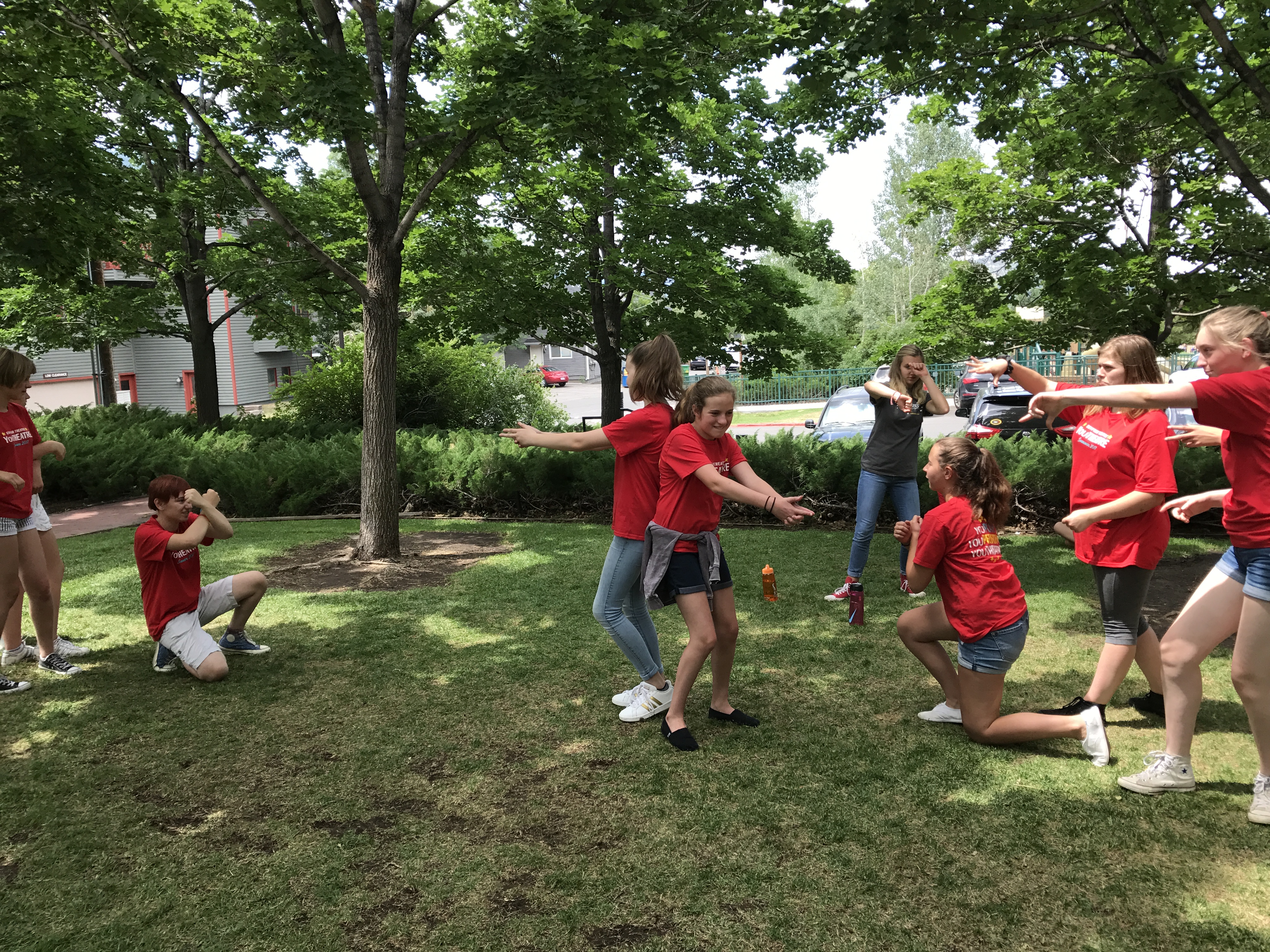 More blocking, imagine us saying things like “Pew-pew!” right now. Because we were. 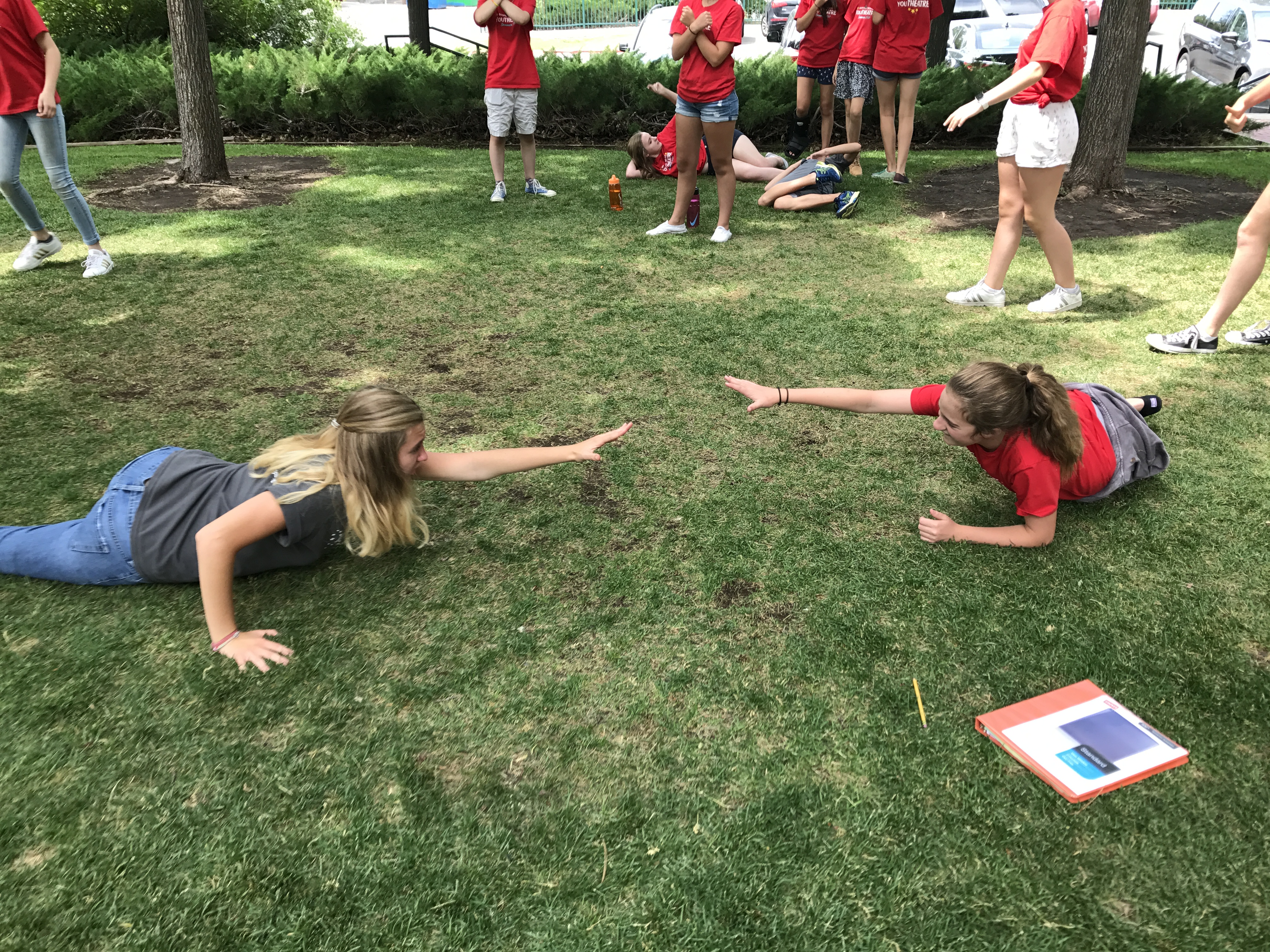 Aliens getting their butts kick, and trying desperately to reach one another. 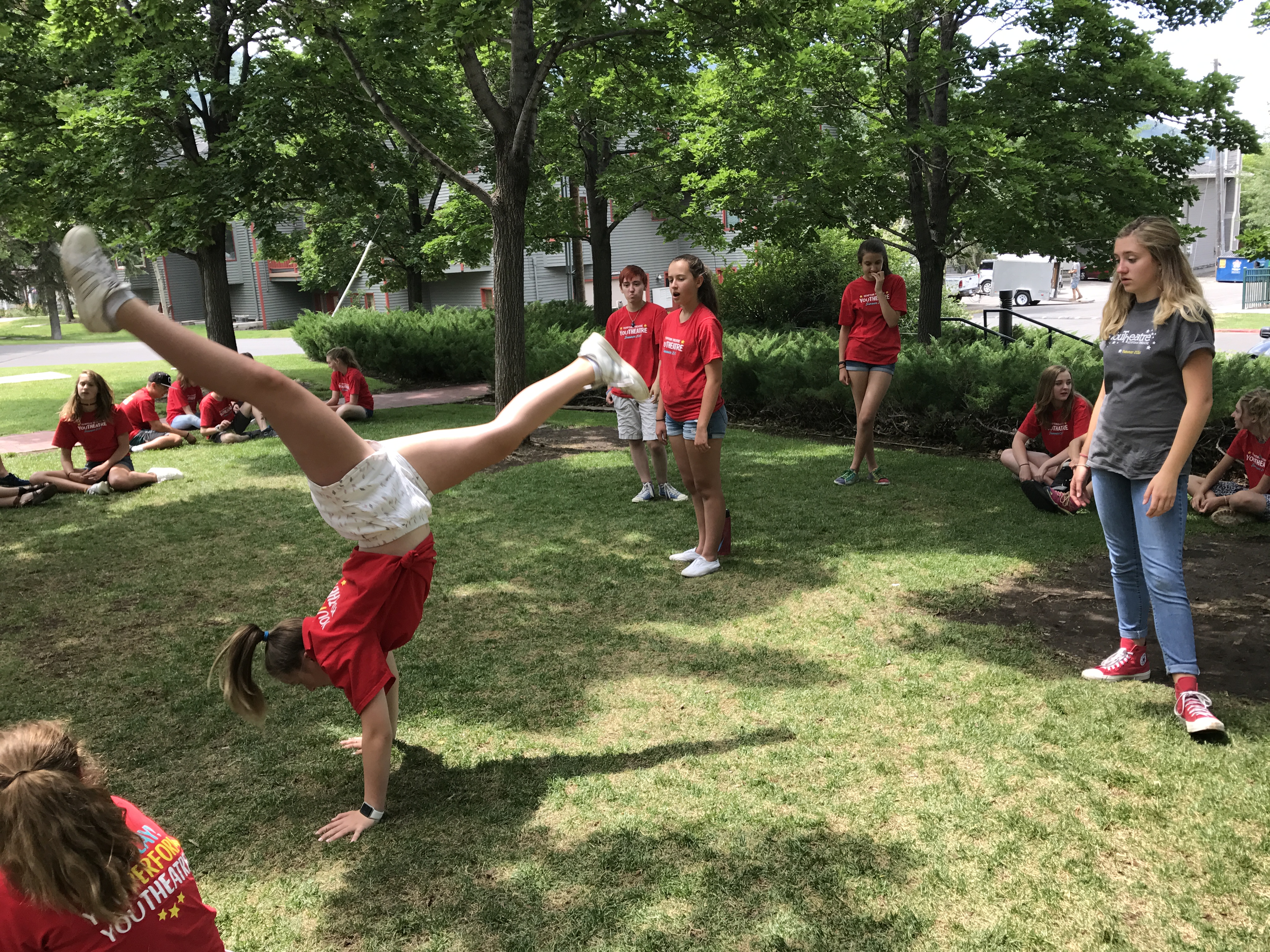 Cheerleaders gotta fight with what they know. Sometimes that means cartwheels and glitter. 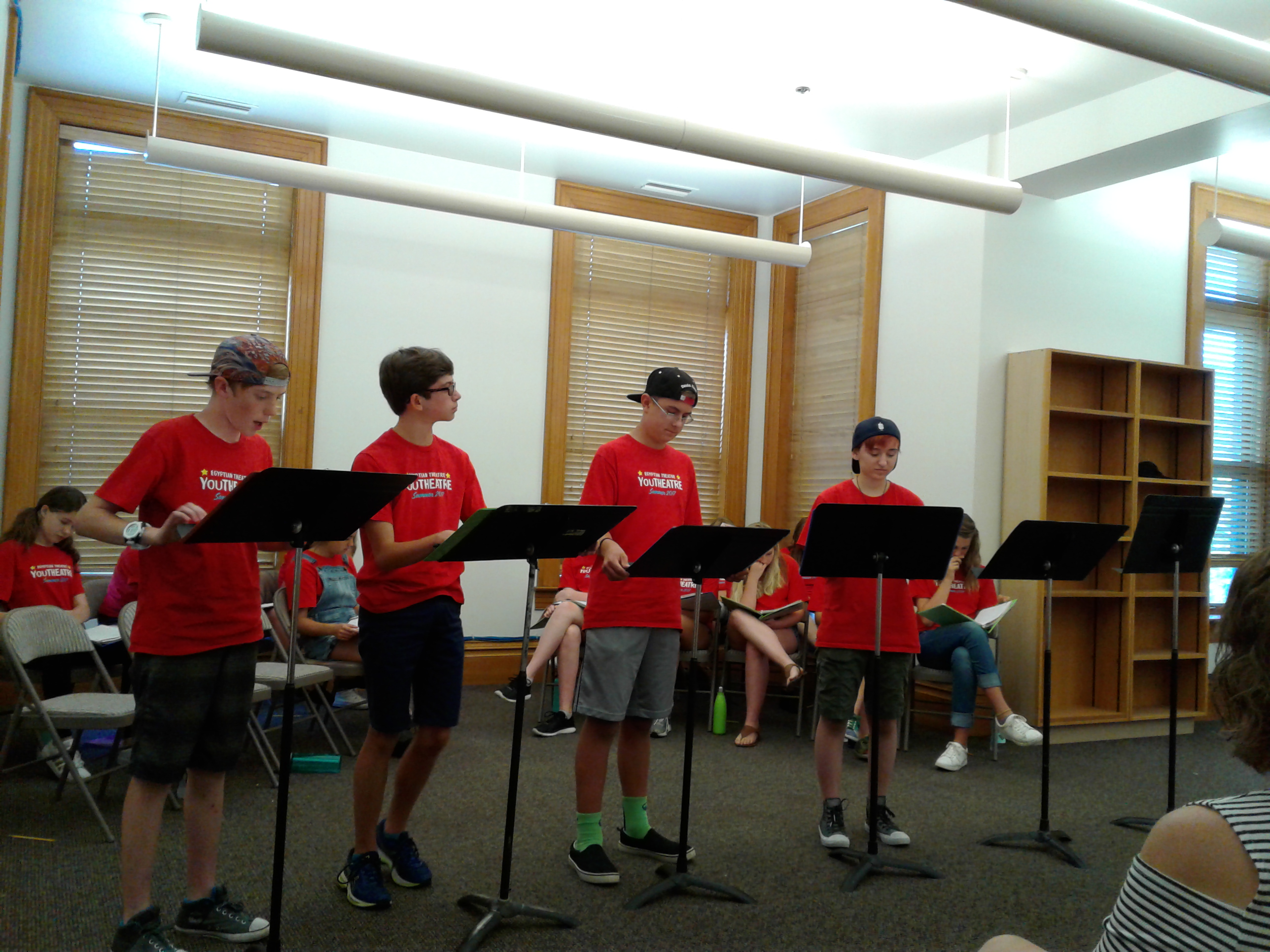 Our last day together! We had an informal staged reading Friday afternoon with the kids and some of their families. 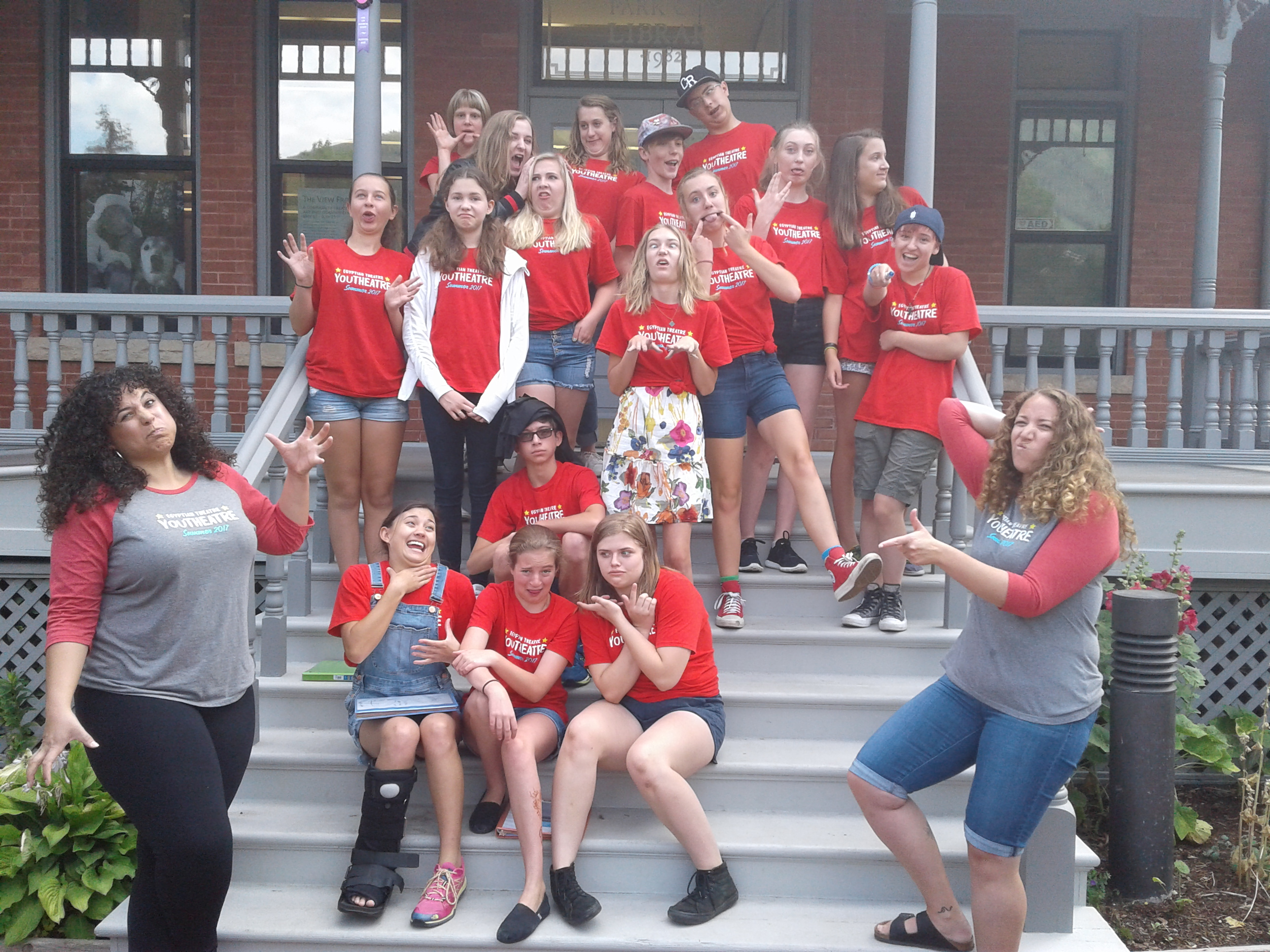 The whole group minus our dramaturg, Megan, who's taking the photo. We told them to do their best alien impersonation.

And that's a wrap! Make sure to stay tuned for more announcements on CHEERLEADERS VS ALIENS, which'll have its WORLD PREMIERE PRODUCTION next May at the Egyptian Theatre in Park City, Utah.