Last week my good friend, and inspiration for my play LET'S FIX ANDY, Chris Reed and I hit the road for Sheridan, Wyoming. It's an eight hour drive from Salt Lake, and it was fun to experience the trip again and to share some of the untouched parts of the country. The drive was beautiful and filled with out-of-tune singing (me) and stories and funny jokes and bad jokes (also me) and it was pretty much the best ever. At least I thought it was the best ever, because then we were at the Wyoming Theater Festival and again I was blown away by the art and artistry presented by the festival and the beauty of the people and town of Sheridan, Wyoming. 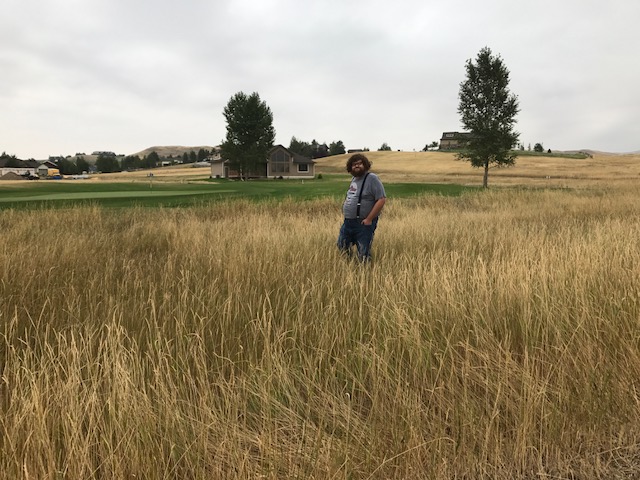 There was something very special about the mix of shows this year and it made for a fantastic week of new play development. I'd been telling Chris about the festival since I made the trip up in 2016, and while I'd been trying to talk it up, there's something about being in the room versus hearing about what happened in the room. And now he's just as in love with Sheridan and the festival as I am. Now I wish I could bring every last one of you who's reading this blog now up with me at some point to the festival, but maybe you should take this as a hint that you need to set aside time for Sheridan in the summer of 2018.

The first play we saw was THE RESOLUTE by Gabrielle Sinclair, directed by Colleen Britt, a co-production with Infinite Variety Productions. The play tells the real story of a group of women at Vassar College secretly learning and playing baseball in 1865. THE RESOLUTE is one of those rare historic plays that feels urgent and essential for today. All the characters are so well developed, and all so passionate, that you feel as if you've been transported back in time and are experiencing their realities along with them. The staging was so creative and well developed, and the actors were so focused and owned the space so well that a black box with only a few boxes was transformed into dorm rooms, classes, a closet, the halls of a college, a field, and so much more. I can't wait to hear what's next for this play! The fantastic cast included: Laurel Anderson, Malin Barr, Katya Collazo, Erin Kranz, Claire Allegra Taylor, and Kelly Teaford.

Next up was Kenneth Jones’ HOLLYWOOD, NEBRASKA, directed by Scott Alan Evans, the Executive Artistic Director for TACT (The Actors Company Theatre). HOLLYWOOD, NEBRASKA is about a small town and family and coming home, and after watching the play I wanted to sit alone with only the play and my thoughts mulling it over for a few hours. It was one of those amazing plays that makes you laugh and cry and is so touching and so honest, but you never feel like it's veered off into the land of cheeseballs. And the play being so subtle and wrapped up in the relationships on stage, had an amazing cast that really dug into each part and brought these imaginary people to life. I would jump to work with any of these actors, and I'd jump and run to get to see a fully staged production of this play. The cast for HOLLYWOOD, NEBRASKA was: Dean Biasucci, Nora Chester, Elizabeth Howell, Michelle Jasso, Corinne Landy, and Joseff Stevenson.

Our final show was Mark Saltzman‘s ANOTHER ROLL OF THE DICE, directed by Larry Sousa, with musical director Jack Jipson, from the music and lyrics of Frank Loesser. That's right people, they put up a brand new MUSICAL in 2 and a half weeks! The cast, which included Rachel Hirshee, Nick Ley, Titio Livas, Megan Moran, Gio Munguia, and Alan Wager, each rocked 3 or more distinct roles, and sang and danced and cracked up each person in the audience. 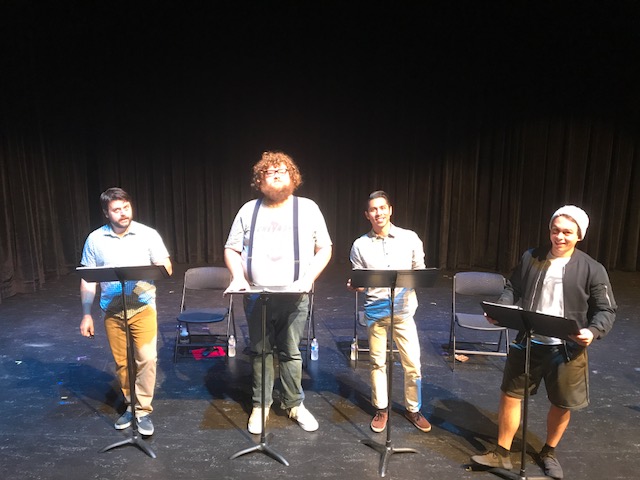 As for us, we had our reading Thursday morning of LET'S FIX ANDY, and I was SO excited to work with some of the great actors assembled at the festival. I had local actor David Myers reading for Marcus, Chris Reed (of course!) reading for Andy, Tito Livas reading for Logan, and Gio Munguia reading for George. We had no rehearsal, not a ton of time to chat before we dived in, and they totally killed it. It was especially great hearing new pages out loud, to see if they were working, and so many of them did. I have a lot of neat and fantastic things to say about the future of LET'S FIX ANDY, but we all have to practice our patience and wait for the right time. Trust me, this is harder on me than it is for you. 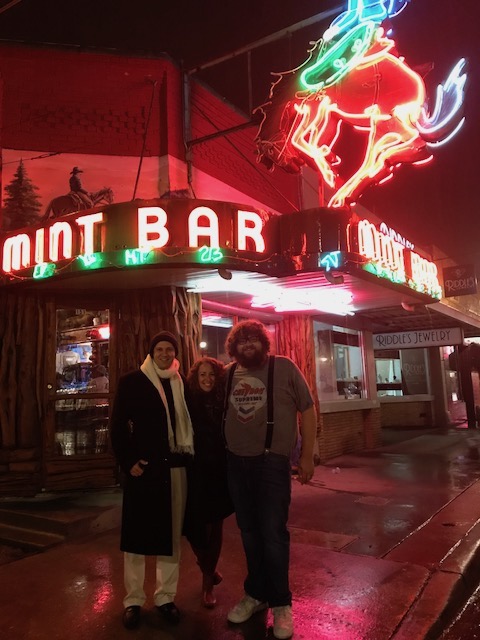 Artistic Director DannyLee Hodnett has built something really special up in Sheridan. He's pulled in artists from around the country, mixed them with the locals, to put on one hell of a show (or more accurately, three shows). Watch out for the dates for 2018, then PLAN YOUR TRIP! Trust me, something special is cooking up there, and you don't want to keep on missing it.