Last week is a blur of theater, theater, and more theater. It was packed with auditions, new plays, rehearsals, and wonderful conversations. I got to spend time with some of my favorite people on the planet AND meet some new ones. This year's traveling master playwright from the Dramatist Guild was Steve Yockey, who was so insightful with his feedback and also all around a lovely human being, I was especially excited to meet him as I loved his play MERCURY at Salt Lake Acting Company this past Fall (and because I'm a pretty big Supernatural fan (shhhhhh)). And while it was freezing up in Spokane, most of the week we had to brave 10 - 20 degree weather, I had plenty of theater to keep me warm. All in all, I couldn't have asked for more from my last time attending KCACTF Region 7's conference as a student. 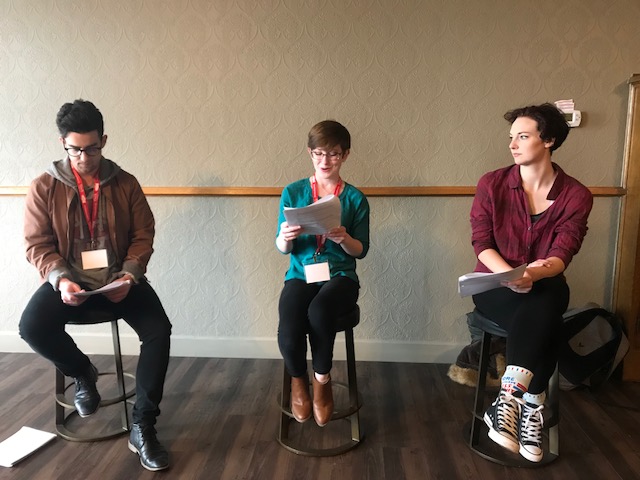 (Rehearsal for MY BODY, from left to right: Micah Smith, Corinne Landy, and Chelsea Sheppard.)

My director, DannyLee Hodnett (artistic director of the Wyoming Theater Festival), and I scored the jack-pot with our actors. I was so impressed how deep they were able to dig in with only two rehearsals over the week.

And then there was all the seeing of theater, which was so great, but I think my butt is going to be sore for another month from all the sitting. Luckily I had the best dates… 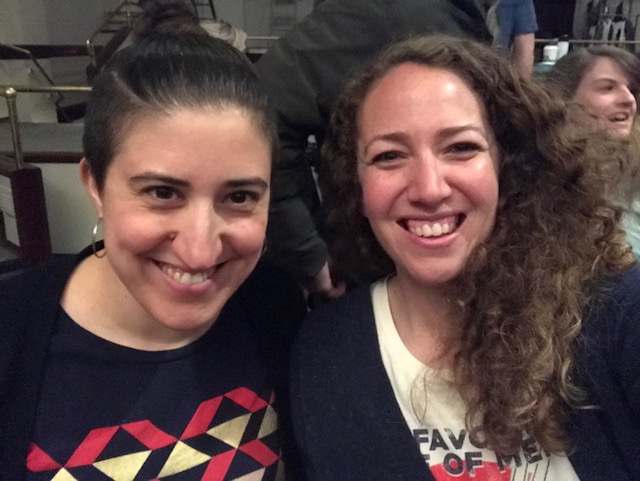 (Checking out new play after new play with Nicole Jost!) 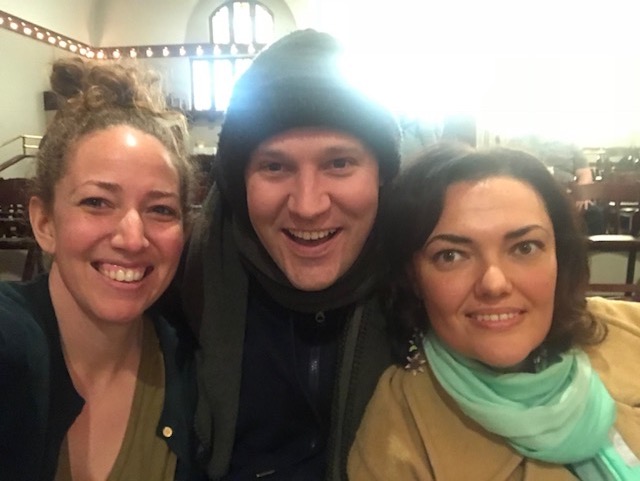 (And checking out even MORE new plays with DannyLee Hodnett and Nara Dahlbacka.)

This year more than any of the other festivals I've attended there were just SO MANY NEW PLAYS! HUGE thank you to NPP (National Playwriting Program) Chair Benjamin Gonzales and NPP Vice-Chair Jef Peterson for making that happen, because it was the best. Over the week I caught: 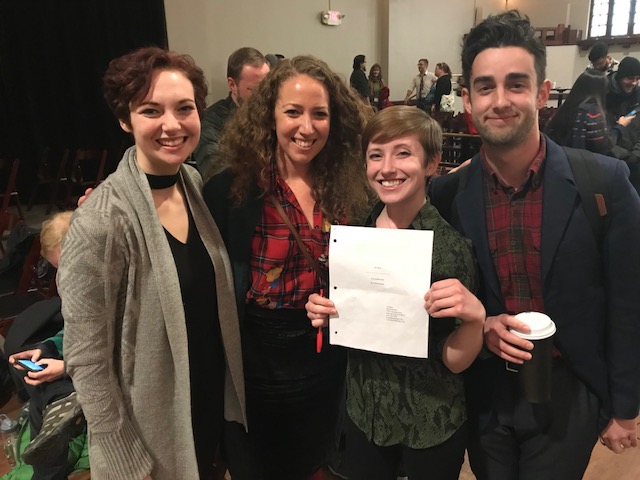 (Me and my cast after they nailed the staged reading of MY BODY! From left to right: Chelsey Sheppard, myself, Corinne Landy, and Micah Smith.)

Before I even knew the outcome of the competition, I was so proud of the work my actors put in for the reading of MY BODY, they totally killed it. 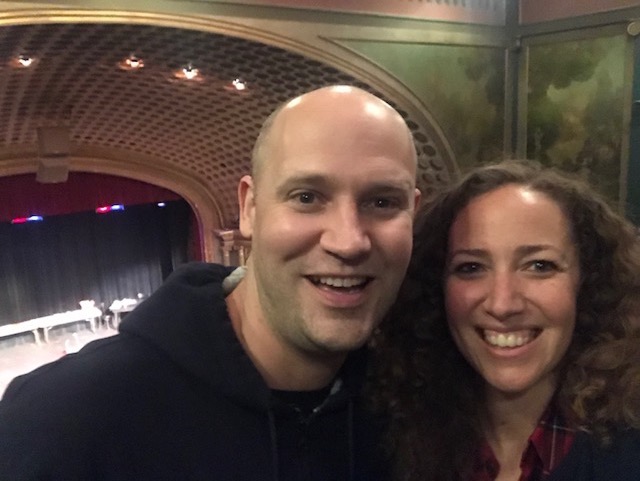 (DannyLee Hodnett and myself waiting to find out if MY BODY would move forward in the National 10-Minute Play Competition.)

And then it was the waiting game…. I watched the final round of the Irene Ryan Scholarship Competition, the acting competition which keeps the actors busy/nervous/excited all week. I was especially excited to see Corinne Landy in the final round! I had gotten the chance to meet Corinne last September at the Wyoming Theater Festival (she was in Kenneth Jone‘s play HOLLYWOOD, NEBRASKA), and was so excited to have her walk into auditions for the festival on Monday. We cast her, of course, and it was wonderful to spend all week with her as we rehearsed MY BODY.

After the Irene Ryans it was award time. All my nerves came back, as I waited to see if MY BODY was moving on to be considered for the National Round…. AND IT DID! For the third time my ten-minute play moved forward as a national semi-finalist!!! Now's the time for everyone to cross their fingers that this time (this last time) is the time I make it all the way the Kennedy Center National Conference this coming April. The other ten-minute play that moved forward was OSCAR THE BEAUTIFUL by Katherine Gee Perrone! 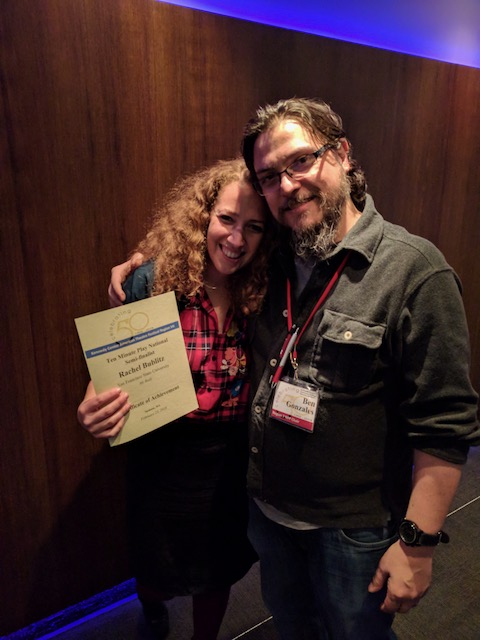 (I'm all smiles after I found out that yes, MY BODY was indeed moving on! Here I am with NPP Chair Benjamin Gonzales as he's giving me my award.)

And that's a wrap. I will, as always, announce from the roof-tops if I get into the next round or not, so stay tuned!!!!