I crashed rehearsal at the Egyptian Youtheatre last Saturday for CHEERLEADERS VS. ALIENS and I was blown away! The cast and director are blowing me away every time I see them. Unfortunately, I'm about to head out of town again, so it'll be a few weeks before I'm back in that rehearsal room, but I thought I'd share some pictures from some of my favorite moments to tide us both over: 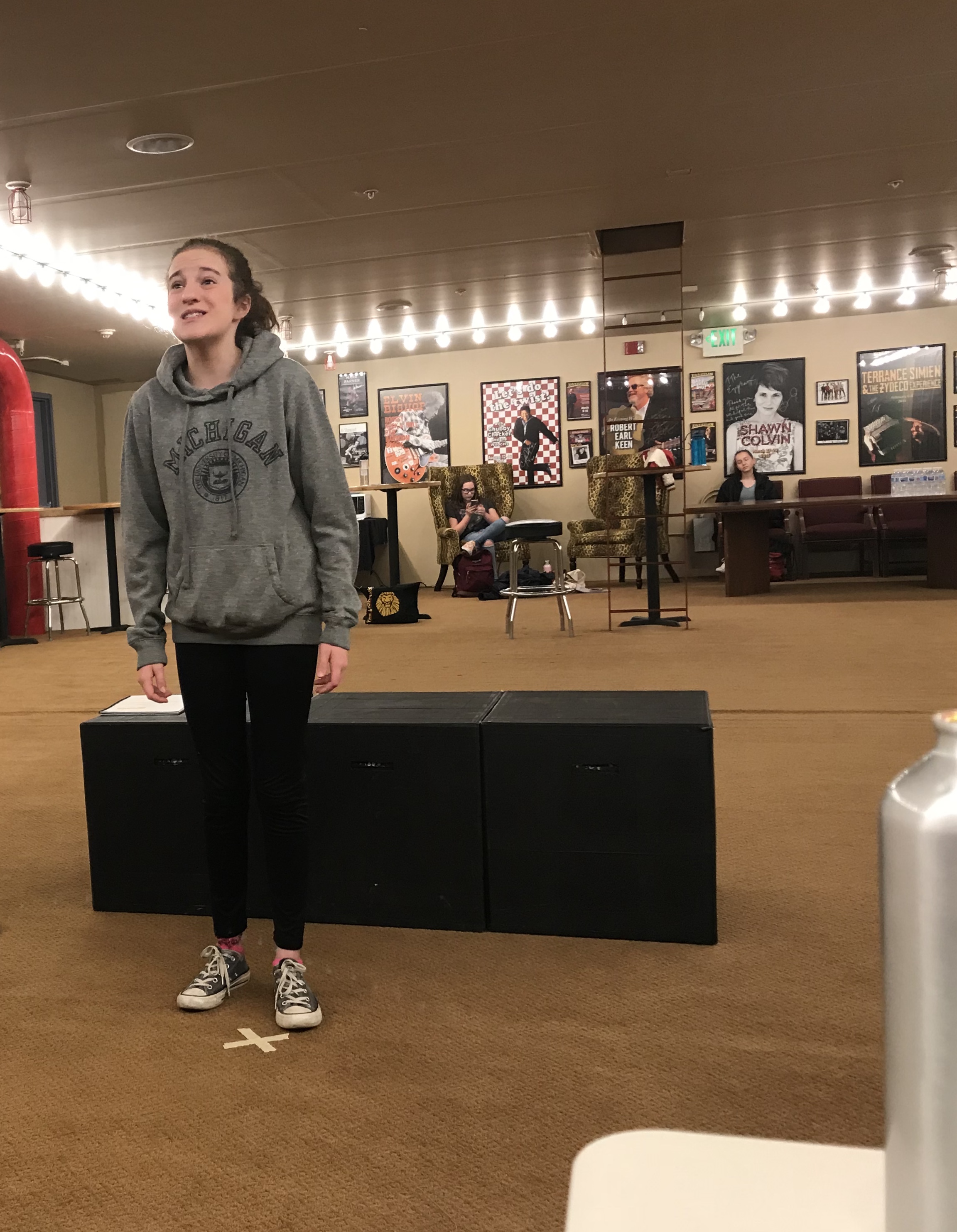 Margaret: I don’t know, I still feel pretty overwhelmed by the knowledge that we’re not alone in the universe and that the first contact with outer space people is one filled with so much violence. I always thought if there were aliens they would probably be really nice and they’d teach us cool things like what rhymes with the word orange or how to make glow in the dark glitter that’s as sparkly as the stars or something. 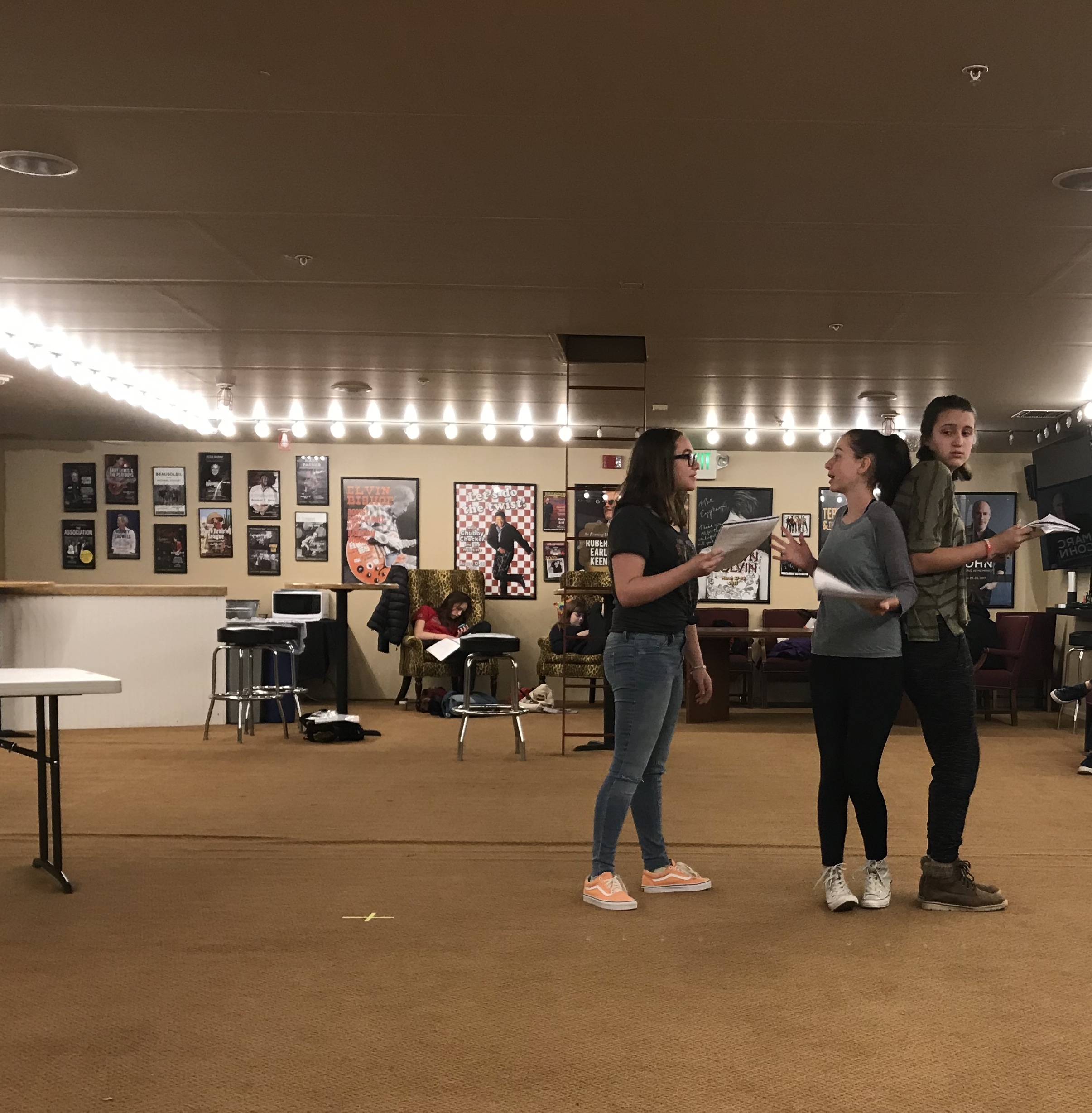 Leslie: In scary movies, this is how everyone dies, they all get separated and then the monster or killer plucks them off one by one. 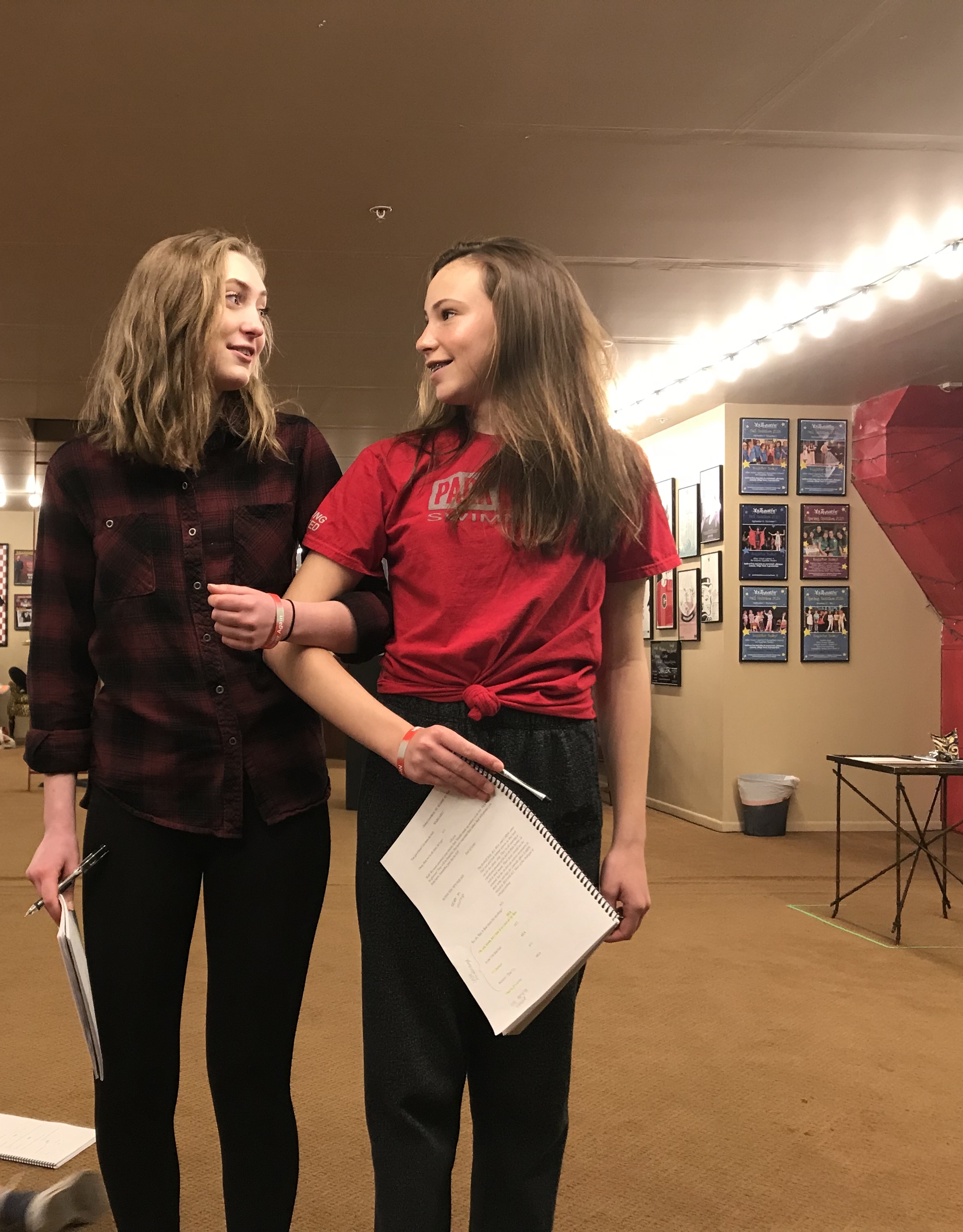 Bea: Talking would be nice. Maybe over some hot chocolate or something sometime?

Ali: There’s an amazing hot chocolate place in town, they put sprinkles over the whipped cream- 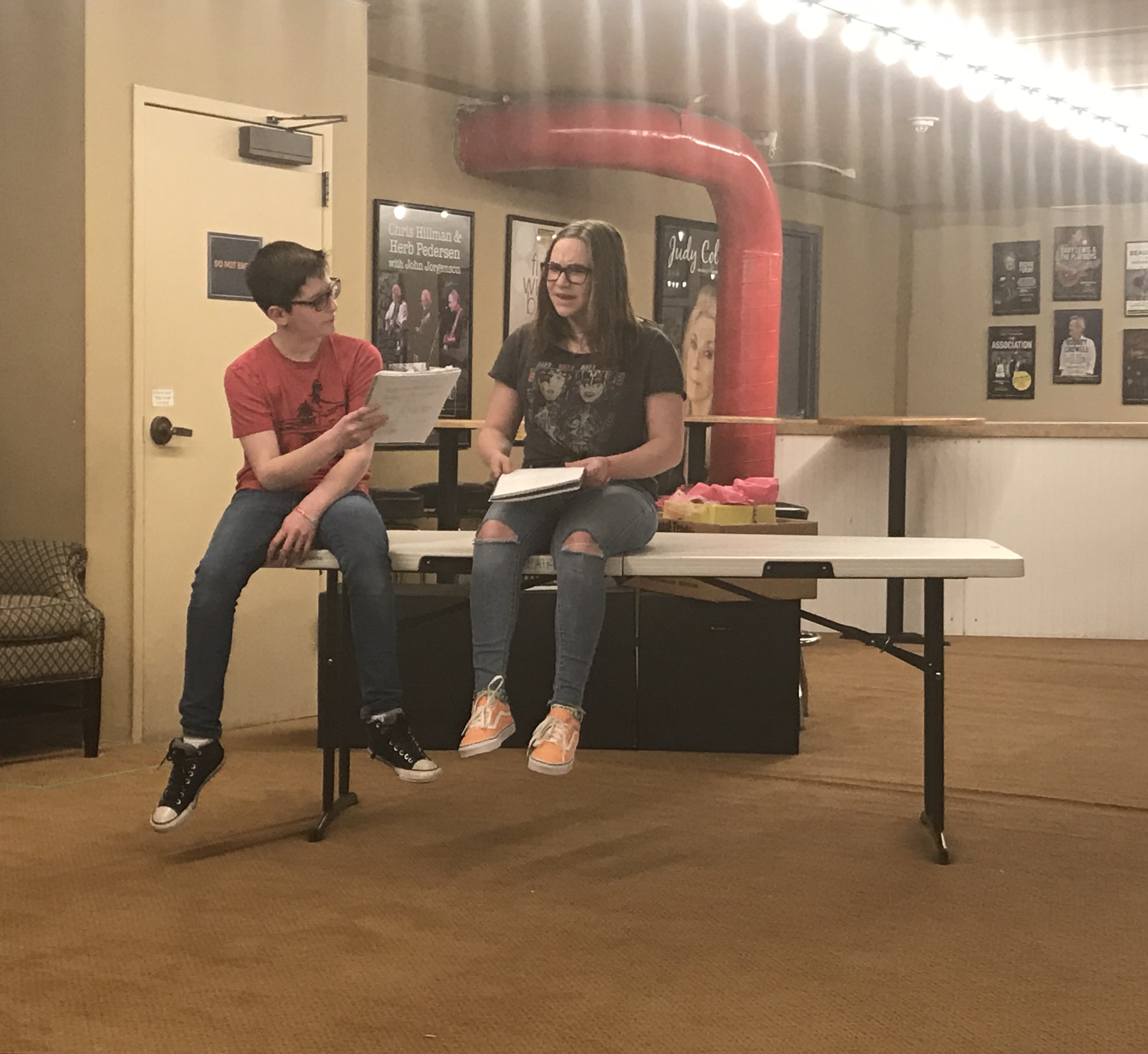 Gilda: And you took their word without evidence? That seems to be a most egregious scientific assumption! I suppose that if your Sirius and Gamma were to jump off a cliff you would have no problem following them in their folly?

Epsilon: Jump off a cliff? Would cliff be a steep rock face found near your Earth seas and within your mountain ranges?

Gilda: Yes, that is exactly what a cliff is.

Epsilon: Well, then no, I would say that I would not “Jump off a cliff” as you put it, because that would cause bodily harm. Additionally, I find it most difficult to imagine a circumstance in which either Sirius or Gamma would perform such a precarious act.

You buy your tickets yet? GET ON IT!

Get your CHEERLEADERS VS. ALIENS tickets here, while they last!