Not sure if you know this, but I really love pie. It's kinda my thing. So when fellow playwright Kat Ramsburg asked me for stats on the breakdown of my all my submissions, I knew I had it meant one thing: pie charts. That's right, it's about to get very charty up in here….

These numbers are only for the plays I sent out last month (March, 2018). I sent out 84 scripts last month and I broke down the numbers in four categories… 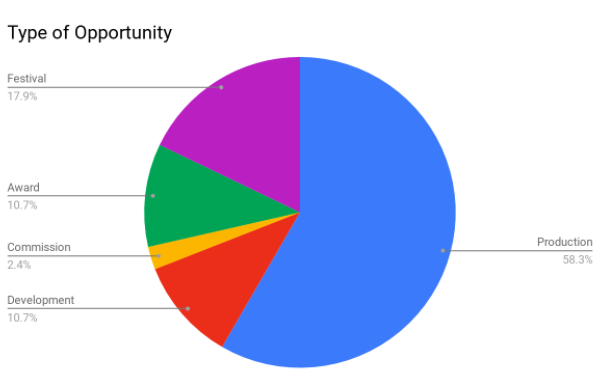 These were the type of opportunities I sent in for; productions, development (which both workshop or readings fell into), festivals, awards, or commissions. As you can see the vast majority of opportunities I'm sending in for are productions, but it was also tricky to categorize as a lot of them are for production OR development. Festivals were another tricky area as some are reading festivals, and some are production festivals, I ended up sticking with the rule that if the event was called a festival that was how I categorized it. 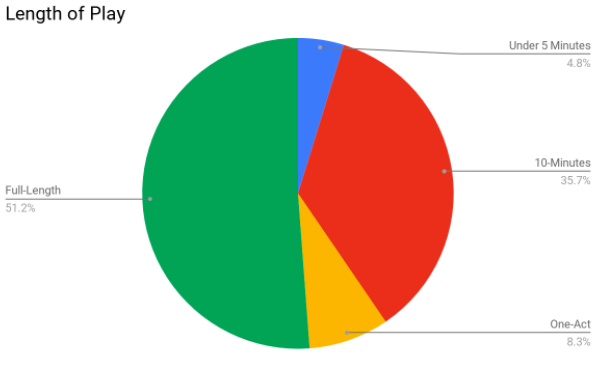 The length of plays submitted was a much more straight forward area, and I was surprised to see that I sent out more full length plays than anything else, I thought 10-minutes would have taken it for sure. 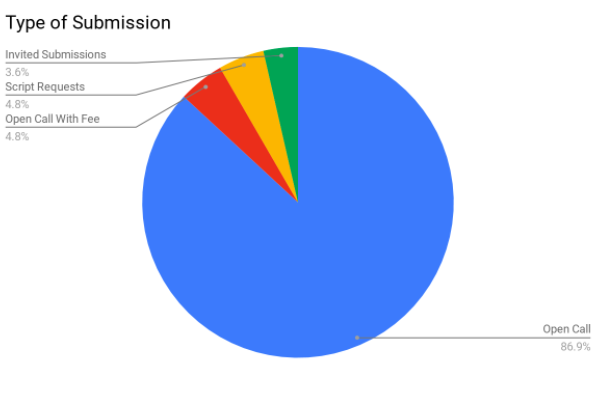 I broke up “Type of Submission” into four categories: 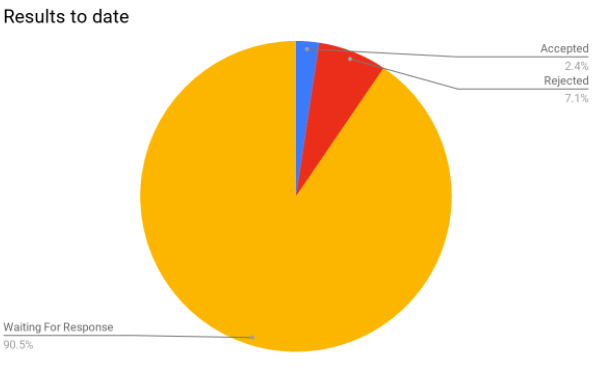 And finally, I looked at the results so far. It's only 12 days past March, so it's no surprise to me that it's mostly waiting to find on results. I will check back on submissions periodically if I don't get a response, with a full-length submission, I'll mark it as “rejected” after a year, or they've already announced the selected plays, for shorter work I usually give it six months, unless a later date has been specified in the submission call.

This was kinda fun! I might have to do this again sometime. Maybe I'll try and put this together after this monster #SubmissionMission year. Thanks Kat for the great idea!

Kat Ramsburg, by the way, on top of being an awesome playwright is also a submission angel. If you're looking for opportunities and you're on Facebook you should join her group Kat's Play Submission Central where she posts playwriting opportunities twice a month.