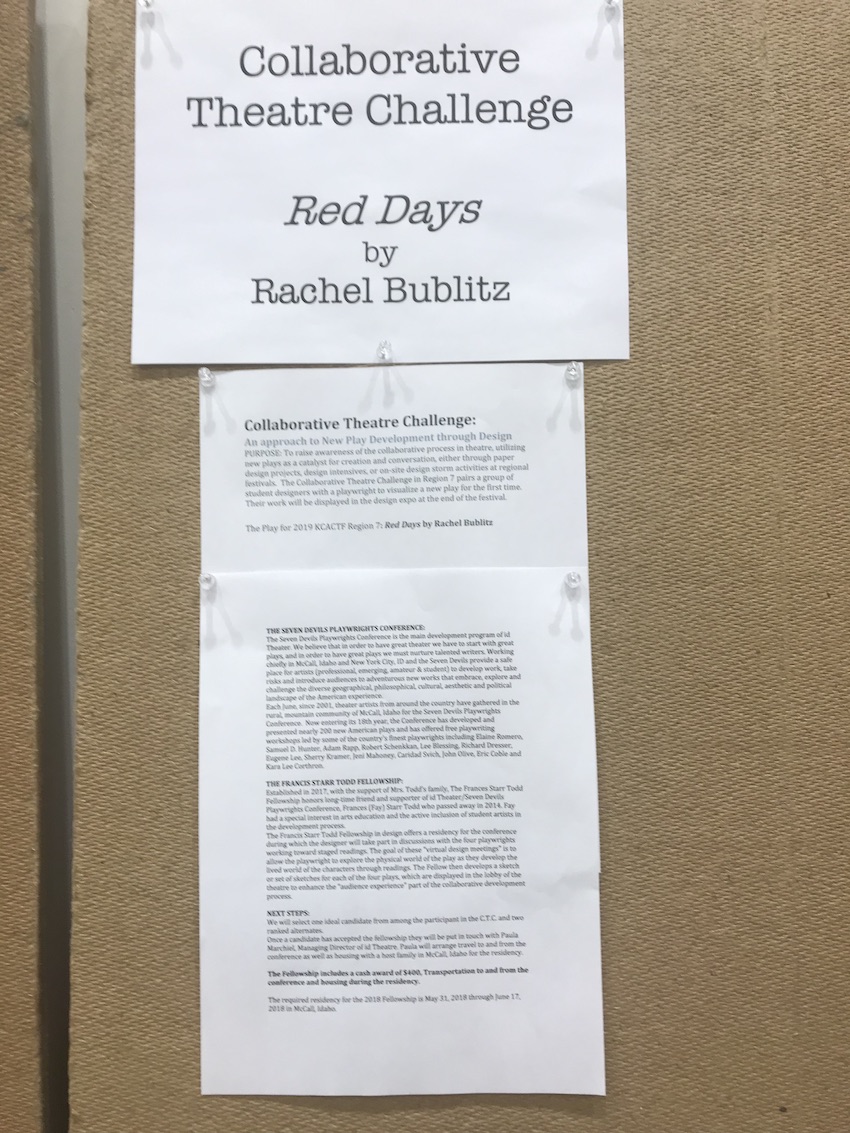 I am home and a slightly back to normal after my theatre packed week in Eugene, Oregon. It was a delight to develop my new play RED DAYS further at the KCACTF Region 7 Conference. I came in with the second-ish draft of the play, something I would typically not share with a ton of people and I was nervous to have so many eyes on something so fresh, but it turned out my nerves were for nothing… The students and faculty that came together to work on the play were excited about the process of developing new plays, had tons and tons of wonderful questions for me, and were way more enthusiastic about my script than I was at the time, though their enthusiasm rubbed off on me for sure!

The Collaborative Theatre Challenge brought together all sorts of student designers with myself, Ben Gonzales (playwright and the current Chair for the Kennedy Center's National Playwriting Program for Region VII) and Daniel Schindler (faculty at Whitman College). Ben and Daniel had the great idea to start the Collaborative Theatre Challenge to begin with! We were also joined by Ed Baker, who's on faculty at Wichita State University School of Performing Arts and the Production Manager for the Seven Devils Playwright Conference. Our first two sessions were filled with questions from the students about the play, including my inspiration, goals, and hopes for the play. They were all broken up into mock-production teams and then each team used found images, sketches, music, and more to present on our final day (last Friday) which was presented as one big beautiful collage. 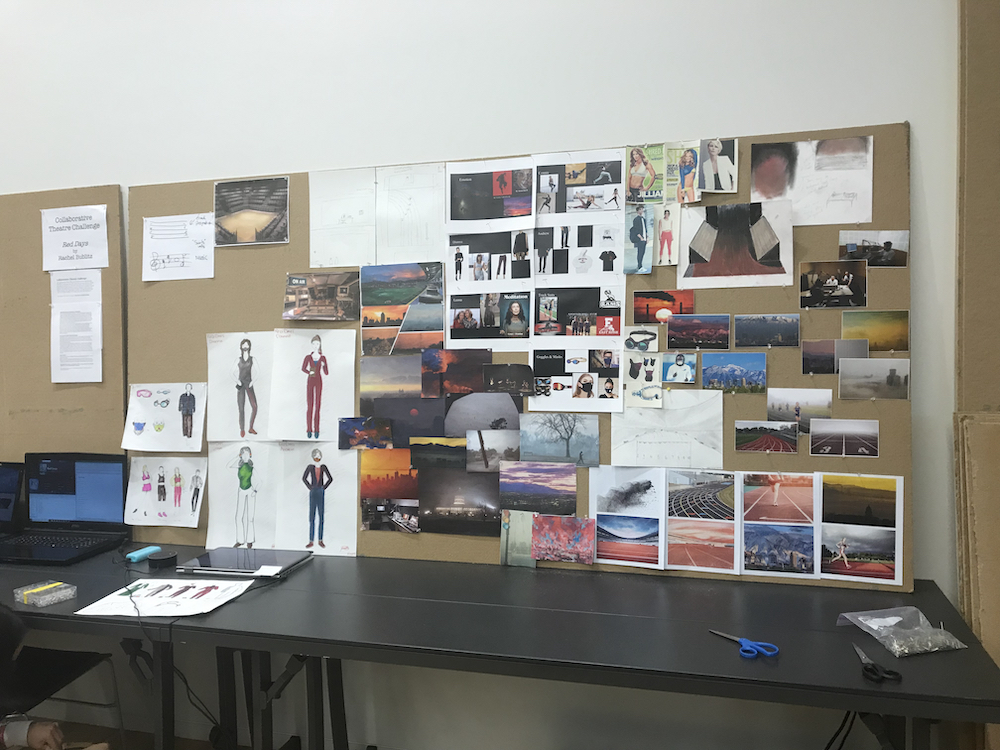 (Collage created by student designers from the Collaborative Theatre Challenge.)

And that's not all! In addition to the hard work by the designers (which included one sound designer actually creating multiple new songs for the play!), I also had a staged reading of the play presented. Huge thank you to the director, Stephen John, and the students and faculty who came together to work on the reading. I learned a BUNCH from hearing it out loud, and adding that knowledge to all the things inspired by the work of the designers makes me SO PUMPED to get to the next draft of RED DAYS! It is such a gift of urgency I got this week. The play is already touching so many people, and I know as I strengthen it through further drafts that number will grow. 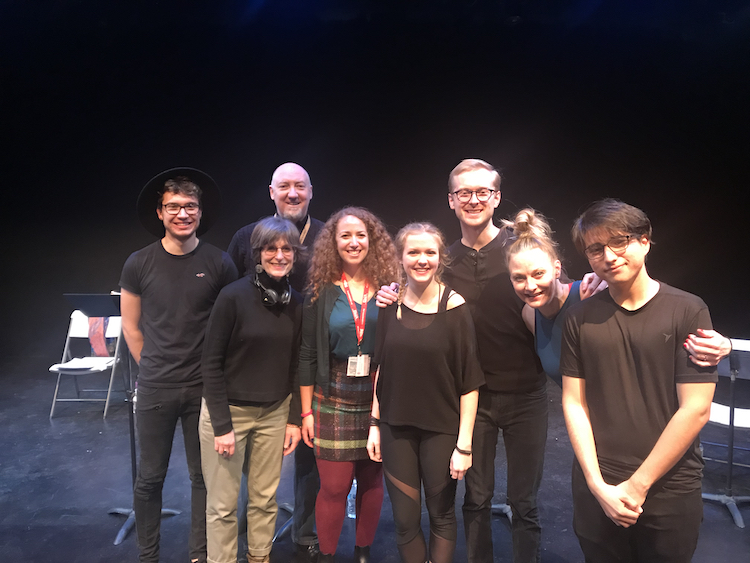 The only thing I regret from this past week, is forgetting to get a picture with the design students from the Collaborative Theatre Challenge! On Friday morning after the collage was put together I was whisked away to watch the 10-minute plays, and it wasn't until I was getting to the theater that I realized I'd made such a blunder. But I'd like to thank them again for all their ideas, questions, and wonderful enthusiasm for my play. So huge thank you to the design students who participated in the Collaborative Theatre Challenge! It was a blast and you are all so awesome. I hope so much that one day I have you on one of my production teams.