BURST Selected for Workshop With Theatre 33 This June 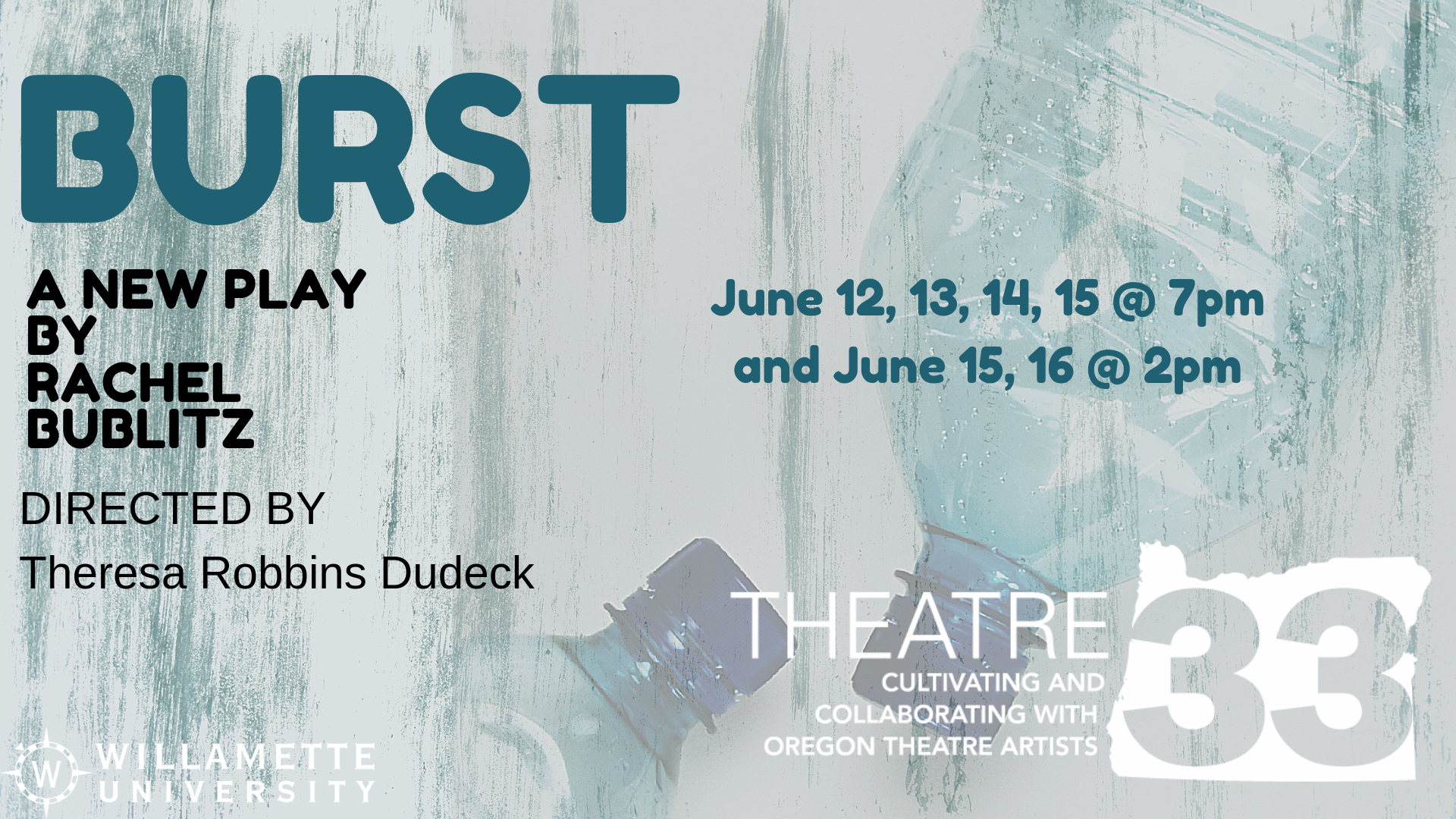 Call me busy this summer, after I open RIPPED at Z Space March 24th I'll be headed up to Salem, Oregon for a workshop of BURST with Theatre 33! Theatre 33, is residence at Willamette University, is a new play development company using resources to workshop new plays, with dramaturgs and directors, culminating in script-in-hand performances that'll include light, sound, costumes, and talk-backs.

Deb Vaughn will work as dramaturg, and my director is Theresa Robbins Dudeck. I'll be heading out to Salem for the readings which will run June 12th - June 16th. Yes, that's right, BURST will get a total of SIX readings over five days! I am so thrilled to be headed back to Oregon, to work with Theatre 33, and to get the time to really dig into BURST. If you are in or near Oregon, I hope you will make it out to catch one of the performances! Here's the full line-up for Theatre 33's summer reading series:

As Tactix, an environmental tech company, sits on the verge of its next round of funding, founder and CEO Sarah Boyd must persevere through a late night interview with a particularly tough reporter and the waffling of her CTO. It's a heavy load, and Sarah knows that she is the only one great enough to bear it.​

When 15-year-old Bethany receives a letter inviting her to be a crew member on the first manned mission to Mars, she consults with the stars to decide whether she is willing to leave the Earth behind once and for all.

THE HARDER COURAGE by Leslie Slape is based on true events in southwest Washington in 1891-92. It tells the touching story of a friendship between a sheriff and a condemned prisoner, while exploring themes of family, vigilante justice, capital punishment, war, PTSD, overcoming our fears, and the healing power of story. ​

More fun details are on their way, so stay tuned.