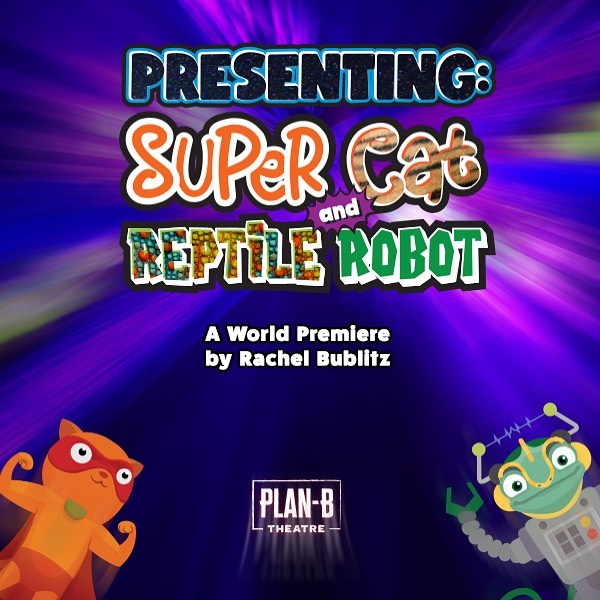 Good news Tuesday! So thrilled to announce the cast for my Free Elementary School Tour play with Plan-B Theatre!!! I get DOUBLE the cast too! They'll (hopefully) be kicking off the tour in September of 2020 and will run the show through May of 2021! The play…. PRESENTING: SUPER CAT & REPTILE ROBOT IN THE TREMENDOUS TICKLE TROUBLE was written specifically for 2nd-4th graders, and I just can't wait to share this play with all those kids! More about the show:

As they embark on the most wonderful/awesome/amazing sleepover in recorded history, nearly-ten-year-old Cass (aka Super Cat) and ten-year-old Ray (aka Reptile Robot) grapple with who gets to call the shots and how to tell someone tickling just isn't your thing.

An interactive tale of boundaries and superheroes.

With a magic remote.

Those casts! BOTH of those casts! If I'm not the luckiest playwright, I don't know who is.

Stage managed by Kallie Filanda. Tour managed by Sharah Meservy. Designed by Arika Schockmel. Directed by Jerry Rapier. I am SO PUMPED about the entire team!

More news, like where and when pubic performances will be happening, will be announced soon, so stay tuned!