To request any of the scripts listed below send an email to: Rnbublitz@gmail.com

Please have “script request” in the subject line of the email. In the body include which play or plays you are interested in and the theater or school requesting the script.

Find a more complete list of my work on the New Play Exchange. Thank you. 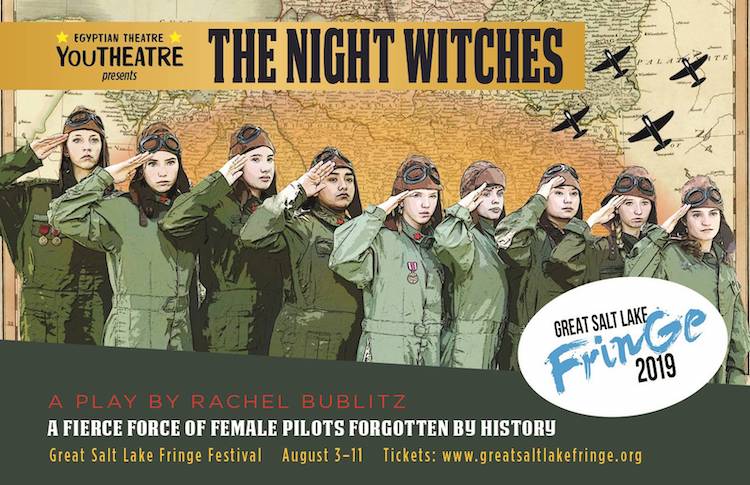 The first women to fly in combat flew for Russia during the second world war, they were known as the Night Witches. They flew in planes made of canvas and wood, and dropped their bombs on their German enemy every fifteen minutes during the night to keep them from sleeping. Using movement, song, and lyrically styled dialogue we follow these brave women through one evening during the war.

"The production by Park City’s Egyptian YouTheater is spellbinding and haunting, pushing the boundaries of what a youth theater production can achieve. The nine young actresses captured the hearts of theatergoers.”
Julie Hirschi for the Salt Lake Tribune 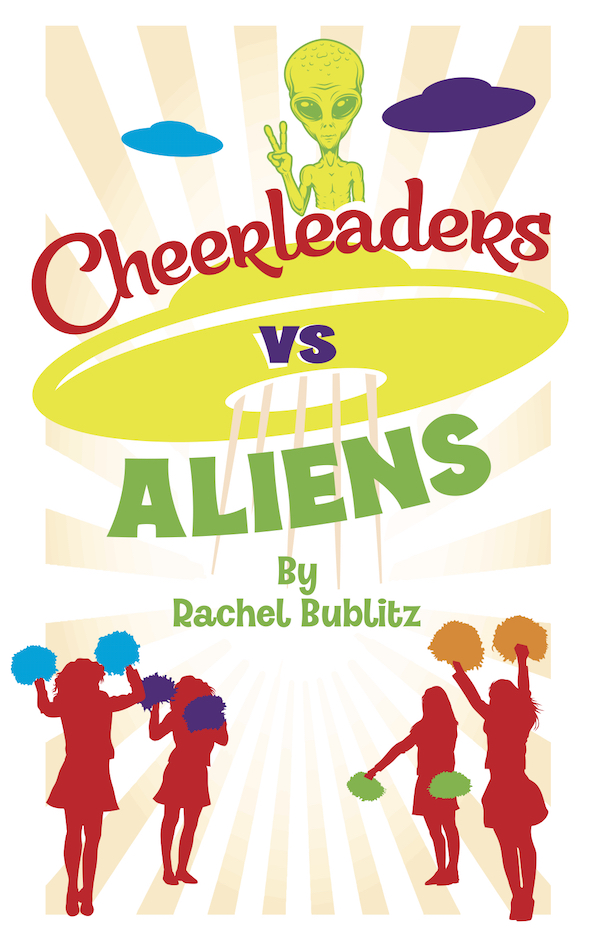 When aliens invade a small town and abduct the Greenville High School football team in order steal their “brain jelly,” it’s up to some cheerleaders, their soccer star friend, a self-proclaimed sci-fi nerd, and “the new girl” to save the hapless boys — and the very world as we know it!

Cheerleaders VS. Aliens is available to purchase and license through Pioneer Drama Service.

Once A Spy concentrates on 12 scenes of Nancy's life that occurred during, before, or after the war, showing the transformation of someone who happens to live through times of chaos, and the price that fighting for freedom cost Nancy.

Mommy Dances With The Devil

After moving across the country, Laurel, the mother of a young child, is desperate to make a friend beyond her cheerio-throwing, Barney-obsessed baby and her over-worked, rarely-home husband, which leads her to jump for a spot in a mommy group with a mysterious reputation. Laurel is cemented in the group before she learns of their devious agenda and is forced to either shut up and join suit, or burn their coven to the ground.

Mommy Dances With The Devil was commissioned by PlayGround, a part of the June Anne Baker Prize. 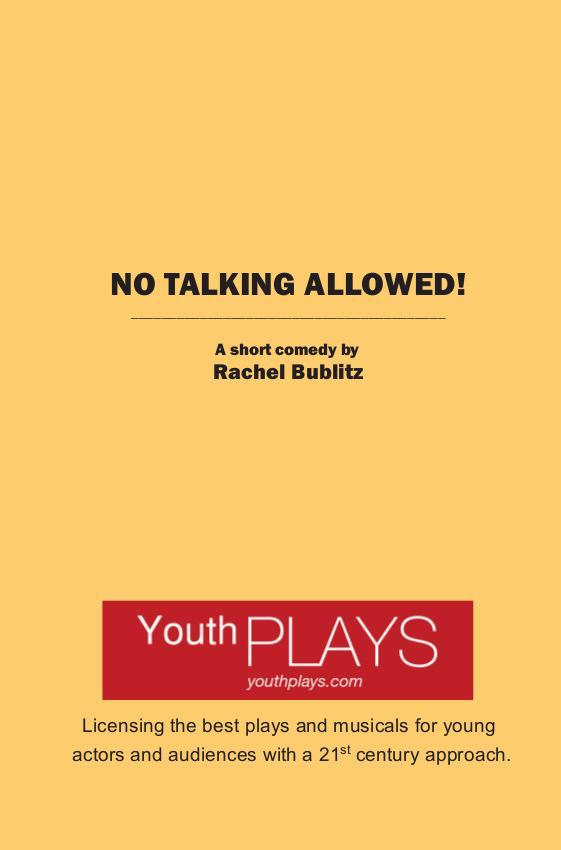 Jordan gets kicked out of class for talking. But a zero on the test may be the least of Jordan’s problems when a pencil starts to talk—and then a locker and a mop and a slew of other inanimate objects. Maybe Jordan’s going crazy, but Jordan’s not the only one, as soon a hall monitor, the custodian, a teacher and the principal join in as they try to get to the bottom of all the yammering in this comedy inspired by an African folk tale.

No Talking Allowed! is available for purchase and/or licensing through YouthPLAYS. 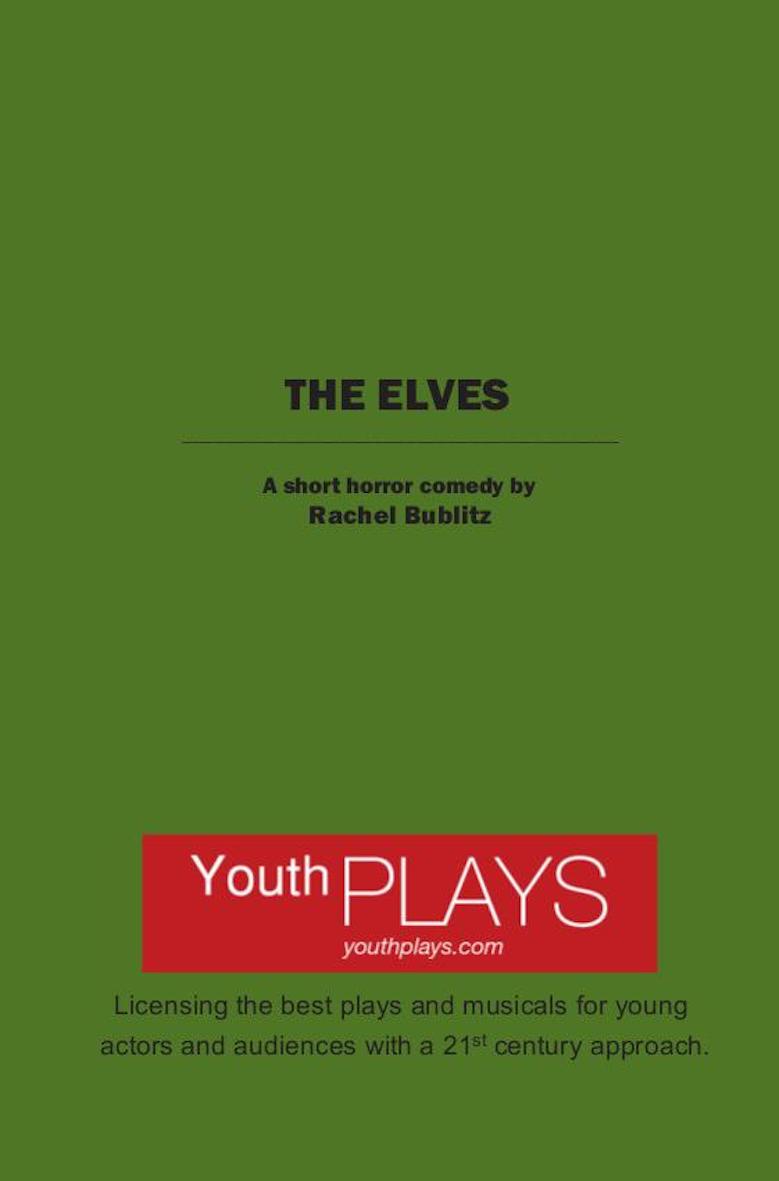 Sandy and Dennis have the perfect plan: crash the “pre-ride” festivities on Christmas Eve at Santa’s Workshop…and make off with more toys than they can dream of. But Santa’s elves have other ideas. Can Sandy and Dennis escape the clutches of these rhyming terrors, or will the two toy-hungry kids find themselves on the post-ride menu…?

The Elves is available for purchase and/or licensing through YouthPLAYS. 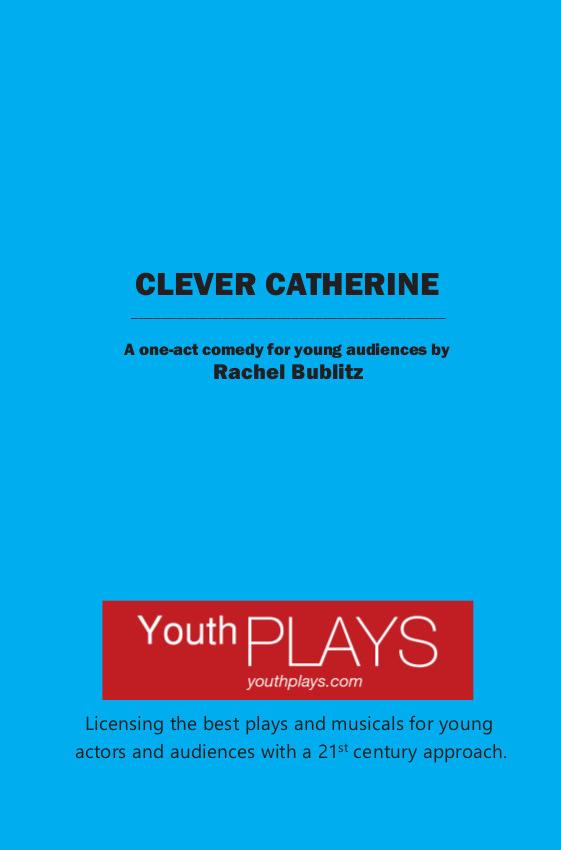 When a farmer comes across a beautiful golden mortar and decides to present it to the King as a gift, despite his daughter Catherine’s warnings that the King will ask for a golden pestle to match. When the King learns of Catherine's uncanny predictions, it launches a series of riddles going back and forth between the two of them culminating in a royal marriage proposal for the clever girl. But if you marry a clever girl, you get a clever queen, and Catherine cannot help but meddle in the affairs of state. Now Catherine must use all her wits to save her marriage and prove to the King that he needs her to help him run the kingdom.

Clever Catherine is available for purchase and/or licensing through YouthPLAYS.

Much Ado About Mathletes 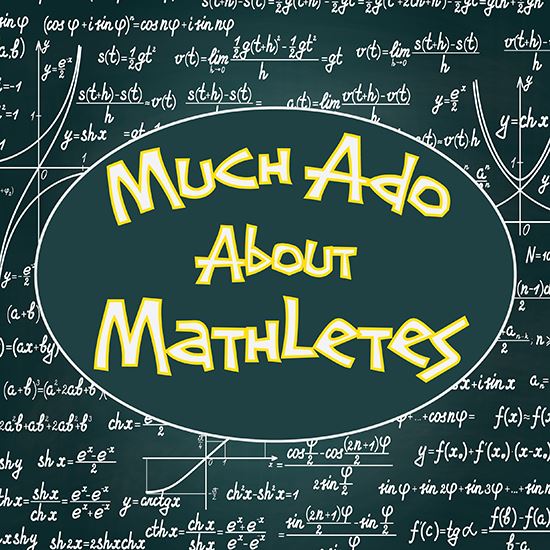 Mr. Roberts tries to put a boy on an all-girl mathletes team, and he is met with opposition causing the team to think about exclusion and growing up.

Much Ado About Mathletes is available for purchase and/or licensing through Eldridge Plays & Musicals.

Andy’s best friends, Logan, Marcus, and George decide it’s time they step in after he’s been dumped by his long time girlfriend Megan, to snap him out of his funk. All three of them have different ideas of what Andy actually needs, and so Andy is dragged to the gym, the bar, and a cabin in the woods before things come to a head and he declares that he doesn’t need fixing. By the end of the play, with all four playing video games in Andy’s safe place, his couch, they realize that there’s no fixing anyone, and all any of us can really ask for is friendship that is focused on acceptance for who we are.

Monroe finds herself knocked up, and since abortions are illegal in the United States, she throws a surprise abortion party with her best friend Jade. Monroe prepares over twenty at home abortion options for them to sort through, neither will walk away until they select the best of all of these terrible options. But that's not all! Come on down for juggling, a tap dancing number, and a horrific view at what our future may hold. A comedic two-hander in one scene.

As the air quality in Salt Lake climbs to crisis levels, we follow Dianna through four seasons, trying to balance school, her running team, and pursuing her passion. But as she nears the end of her senior year, she's forced to decide if her running dream truly belongs to her, or if it's more her mother's, while around her the serious effects of the air quality wreak havoc on those athletes who dare breath hard in the open air.

Not all plays listed, for a more comprehensive list, please visit my page on the New Play Exchange.